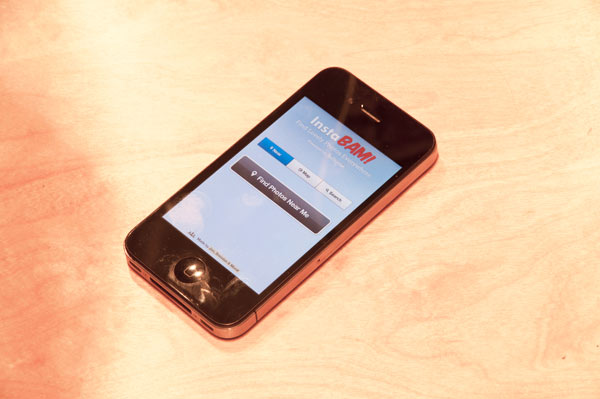 At the beginning of 2011 the popular photo-sharing network Instagram announced they would be opening up their platform to allow developers to create their own funky applications and tools.

I hooked up with expert dev Brendan (@fraislocht) and got right on the case to create a mobile website called InstaBAM (works on desktop too) which uses the location information attached to photos uploaded on Instagram to enable people to view pictures around where they are standing.

It was a very simple site for a simple concept – ‘View the world around you through the eyes of others’ . We knocked it together one Sunday evening and launched. The site was surprisingly popular and still is to this day, it should pass 60,000 view by the end of the year.

This led to a conversation with my iOS dev homeboy Jonathan about what we could do next. We decided to use some of Brendan’s hard work and quickly create a iPhone App version of InstaBAM.

In May InstaBAM hit the App Store, available to download for free, it was pretty much a replica of the mobile site and after a initial burst of downloads, they dropped heavily and we left the app unloved, languishing in the depths of the store.

I never blogged about the app or told many people because I always knew it needed more work to get it to a point where it could be used regularly. 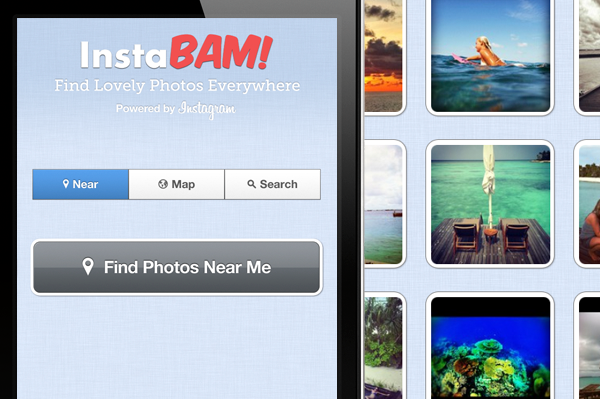 Towards the end of the summer we decided to give InstaBAM a refresh, add some new features and a whole new design. We’ve both managed to nick a few hours here and there each week and get something out which is pretty interesting tool to explore photos.

All of the credit has to go to both Jonathan and Brendan, two insanely busy developers that are still willing to take time out and stay up late to work on my crackpot ideas.

Credit for the photo donation goes to Chris Constantine, photographer and head of design at Sponge.