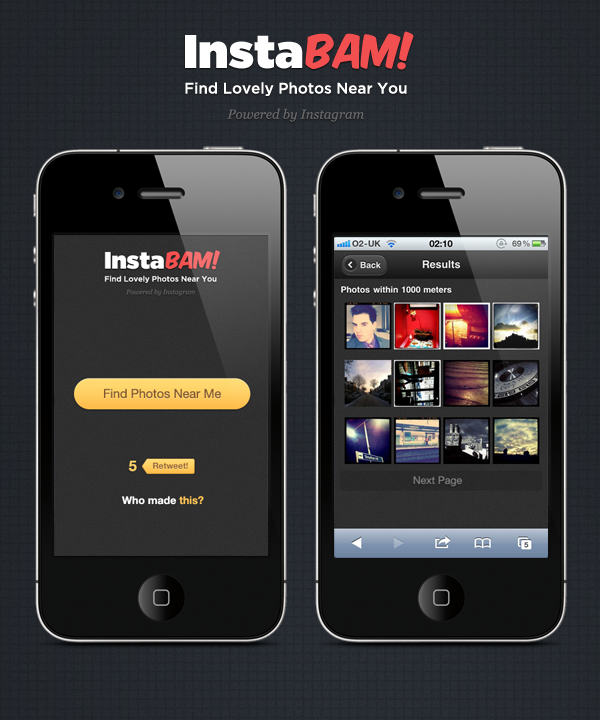 A few weeks ago the popular photo-sharing iPhone app Instagram revealed that it was opening up its data for developers to use through a private API before going public and that anyone with a decent idea should apply for access.

I was straight onto Brendan [@frasiocht] who knows mobile web development inside out and asked if he wanted to stop everything he was working on (another project we’re doing together which actually has a direct impact on whether we’ll be able to afford to eat and put a roof over our heads) and create something cool. As always Brendan was on board.

Then came the basis for the idea – it would have been very easy just to make a mobile web version of Instagram, but we wanted to do something that wasn’t possible with the iPhone app and that could live on it’s own. Our application form sounded something like this:

Last weekend I found out the application was accepted and after a few hours work on Sunday we had a working demo. A few bug fixes and I am now proud to announce it is live!

[alert-green]So try it for yourself! Point your mobile browser to www.instabam.com and let me know what you think! We’ll be adding more stuff over the next week or two. [/alert-green]