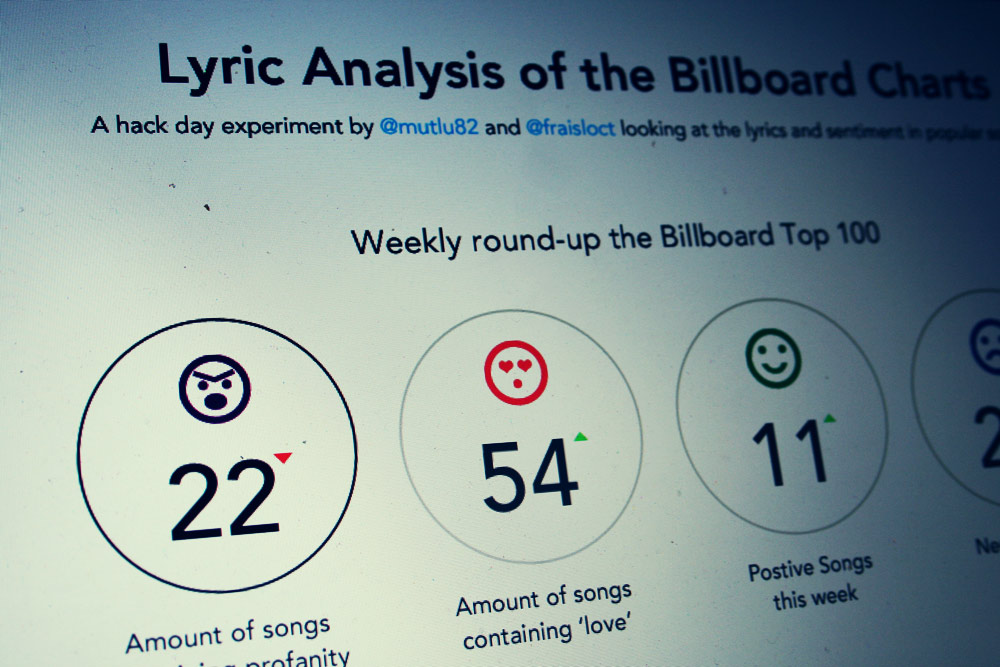 Once me and @frasiocht arrived in San Francisco for our month-long tour we didn’t really have a plan of what to do. Luckily the city has plenty to offer tech tourists like us with tons of meetups, talks, events and hackathons happening everyday.

After spending our first week eating burritos and going to dive bars, we slowly began getting into work mode and found out about a hackday on Meetup.com at the Mashape offices. Mashape are an Italian originated startup with a very cool hacker house setup near downtown San Francisco.

The challenge was to create any idea using their API aggregation platform and complete it by the end of the day, ready to demo and present to the rest of the house at 11pm.

After the 10am briefing we got to work, @frasiocht took care of the front/backend coding and I did the design (click the image above to enlarge). My instructions were clear “Don’t do any of that gradient/dropshadow shit, we don’t have enough time” , I duly obliged because of rule #1 – never upset your developer during a hackday

Fuelled by free cookies and pasta, we created Tuner, a website that pulls in the songs in the Billboard 100 then runs the lyrics through a sentiment analysis API to organise results into several categories which we wanted to draw attention to such as ‘Most Profane’, ‘Most Sex Obsessed’ or ‘Most Negative’. We used the Musixmatch API for the lyrics and chart ranking and Text Processing for the sentiment analysis.

Our idea came from a conversation I had with @frasiocht about how generic rap music was these days and if it was possible to show common lyrics automatically. This expanded into looking at the entire Billboard Top 100 and using all this overlooked lyric data to analyse songs in a new and interesting way.

We presented Tuner to the house and after a nervous wait we were awarded with the $500 1st prize!

We’re only scratching the surface with what Tuner can do. There’s some real potential to do cool stuff with this data, especially if we add the ability to show trends over time. For example how much has profanity increased in songs over the last 20 years? Have songs been more positive or negative during the financial crisis? What type of song is more likely to get into the top 10?

All in all it was a great experience for me, putting yourself under pressure to complete something in a day really helps you strip to the core of a idea.  If you ever get to San Francisco make sure you throw yourself into a hackday.

The guys at Musixmatch loved Tuner and we’re now in discussions to turn it into a great web service.  Stay tuned.

Check out Tuner and let me know what you think!