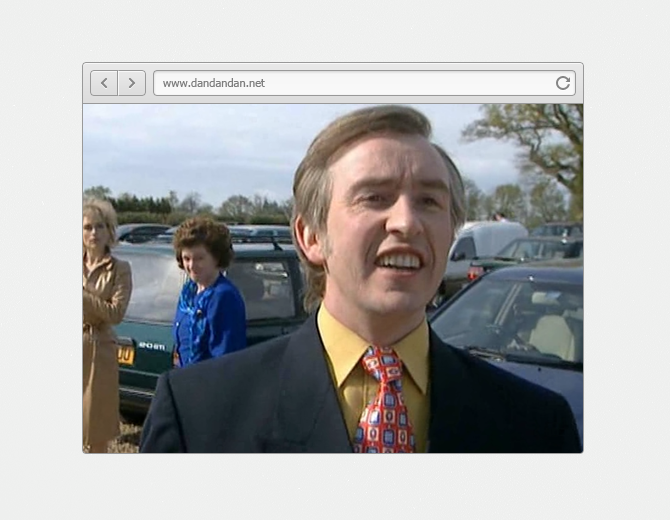 I’m a big fan of the growing trend of single function (or zero function) useless viral websites, everything from OMFGDOGS (307,000 likes) to Cat-Bounce (456,000 likes) will always get a smile and a retweet out of me.

I’ve been meaning to build my own one for quite some time, it wasn’t until I saw The Useless Web that I decided I needed to hurry up and make something before the buzz stops. If you haven’t checked out The Useless Web, it’s a site which has collects all these viral sites in one place and shows one at random each time you visit. Genius really.

I liked something that @frasiocht said to me recently about how popular memes and content on Reddit “almost has its own tone of voice”. I think that there’s definitely a truth to that and it can be applied to these useless sites to, tho I can’t quite explain it yet.

So it was time to crack on and create my own useless viral. I decided to make a infinite video loop of Alan Partridge shouting “Dan!” in probably the most popular episode of the I’m Alan Partridge series . I thought it ticked all the boxes of something that would be shared by people, mainly it evoked strong emotion. Nostalgic, geeky, funny and very British. Plus it was very likely to be shared by some of the 1.5 million people called Dan.

I had some time free one Sunday evening and decided to get started. Being a terrible coder, I looked around for a easy to edit open-sourced script that could play HTML5 video full screen and stumbled across Jquery Video BG and basically hacked the crap out of it.

Two hours later dandandan.net was made, ready to share with the world on Monday morning. I submitted the site to The Useless Web and shared it on Twitter and Facebook, then waited to see what would happen. It gradually spread across networks, peaking on Thursday and Friday with 10,000 views and 2,000 likes. When the weekend arrives the traffic more or less stopped, picking up again on Monday with 8,000 views.

On Tuesday The Useless Web accepted the submission and started sending a huge amount of traffic, around 30,000 views per day, at this point it was getting 1000 likes every 24 hours on Facebook, however not much activity on Twitter in comparison which tells you something about what kind of content people are more likely to share with friends. For some reason it was really popular in Brazil.

As the buzz for The Useless Web declined as did the traffic to the site, it currently stands at 18,000 and 1,200 retweets after 22 days, with 286,000 views (click on graph to enlarge). This gives you a indication of what kind of traffic Cat-Bounce must have seen to get to 456,000 likes.

The mobile traffic is pretty interesting too (and very familiar): 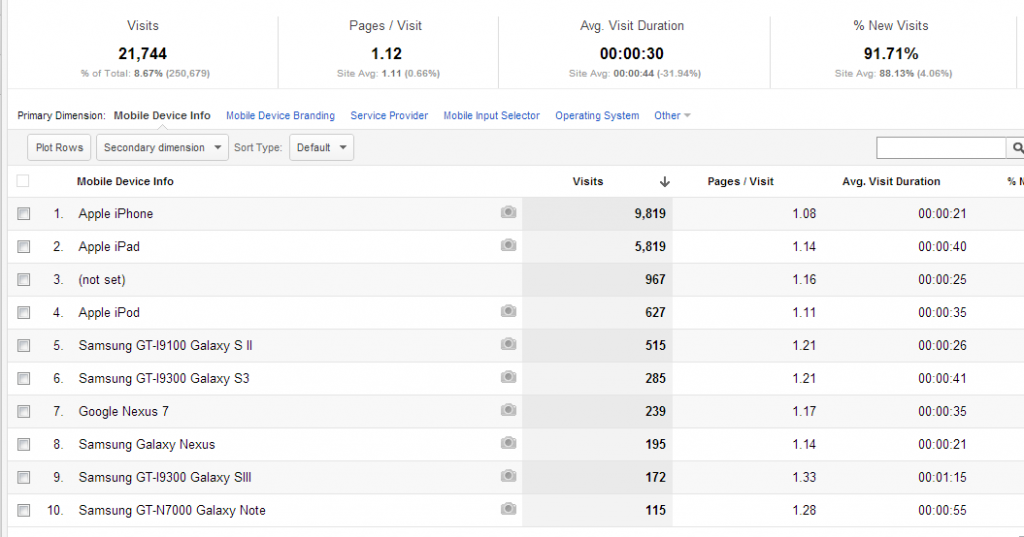 And naturally it’s being shared by thousands of Dans:

If you work in advertising you’ve probably had a brief from a client that’s said “Make this go viral“, often followed by some tragic content that no one you know would ever bother sharing and will fade into the abyss a week after launching.

The next time you get that brief take a look through The Useless Web and see if you can find some inspiration, there really is something to be learned from a site that takes very little time to make yet is shared like crazy.